The Bonewhisperer is a body therapist who has a heightened ability to listen to the hidden language of bones. To most of us, bones and bodywork mean chiropractic.  But bones say far more to the Bonewhisperer than “I am out of joint”. They show where patterns of injury and trauma lie. The bones wrap the keys to deeper structures within their cells; they tell the secrets of the arteries, the organs, the brain, and the lungs. A Bone Whisperer draws a careful map of this wisdom, a map which shows the waypoints to restore the body’s health. 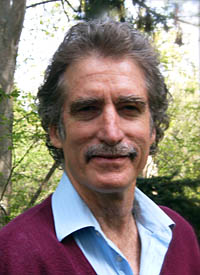 Brian Dobbs is a Certified Rolfer, Integrated Manual Therapist, Berry Worker and Licensed Massage Therapist who has worked with injured patients for over 24 years.

He began his journey to become a Bonewhisperer in 2001.  In that year, after experiencing a serious injury, he joined the ranks of those who had lost hope of ever being out of pain; the no hopers.  It was a desperate time.  He sought help with dozens of the best practitioners in the world.  Nothing worked.  Rather than live a life of misery, he launched an effort to find a cure. Over an eight year period, from this forge of pain, was tempered the skill of Bone Whispering.

What he found gives hope to those who have given up hope. It works when nothing else does.

Here are just a few of the problems Bonewhisperering can help:

Bonewhispering and its treatment method, Vascular Bone Therapy (VBT), do not diagnose, but rather work to release the trauma trapped within the bones and deeper structures. It is very much like a powerful massage, but one that follows the muscular insertions deep into the bones. VBT involves little pain and has treated over 500 clients in 2,500 sessions without injury. Because this technique goes deeply to the source of the problem, it is particularly good for those patients who have tried everything without positive results.   In addition, and just as importantly, working deep in the bones/vasculature holds: people get better and stay better.